News For The Evening 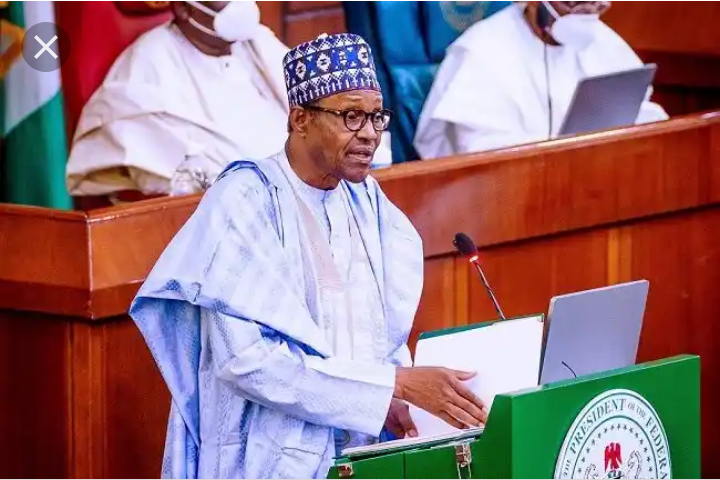 President Muhammadu Buhari has presented the 2021 budget proposal of N13.08trillion to the National Assembly for consideration and passage into law.

The News Agency of Nigeria (NAN) reports that the president, who was accompanied by Vice-President Yemi Osinbajo, some cabinet members and presidential aides, arrived the premises of NASS at about 11.03 p.m.

He explained that the total aggregate revenue projected for the 2021 budget was N7.86 trillion with a deficit of N5.2 trillion, representing 3.4 per cent of the GDP.

He said the deficit would be financed mainly by new borrowing, totalling N4.28trillion.

Buhari stated that the total revenue available to fund the 2021 federal budget was estimated to N7.886trillion which included grants and aids of N354.85billion as well as revenues of 60 government-owned enterprises.

According to him, the budget, which is described as a budget for Economic Recovery and Resilience, is based on an estimated oil price benchmark of 40dollars per barrel, daily oil production estimate of 1.86 million barrels (inclusive of condensates of 300,000 to 400,000 barrels per day) and an exchange rate of N379 per dollar.

The president, who reviewed the performance of the 2020 budget so far, said the budget was amended in response to the challenges occasioned by the COVID-19 pandemic. 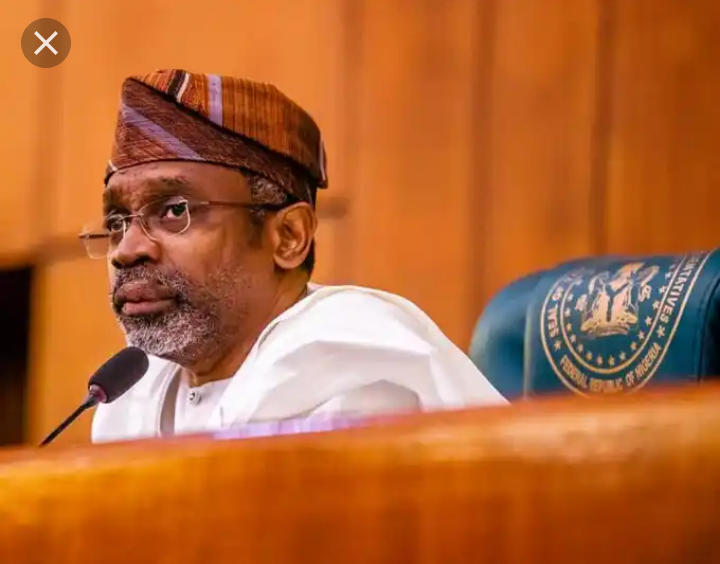 President Muhammadu Buhari on Thursday said the country was primed for a second recession in four years although the government has put in place plans to ensure rapid recovery in 2021.

The President made the remarks during the presentation of the 2021 budget proposal to the National Assembly.

Like many other countries, the Nigerian economy has been hit hard by the coronavirus pandemic which drastically cut the demand for oil, the country’s top revenue earner.

Before the pandemic, the country was on a three-year trend of modest but positive GDP growth.

The government’s plans to revive the economy include a focus on skills development exemplified by the Special Public Works programme which aims to provide employment opportunities to 774,000 young people across the country. 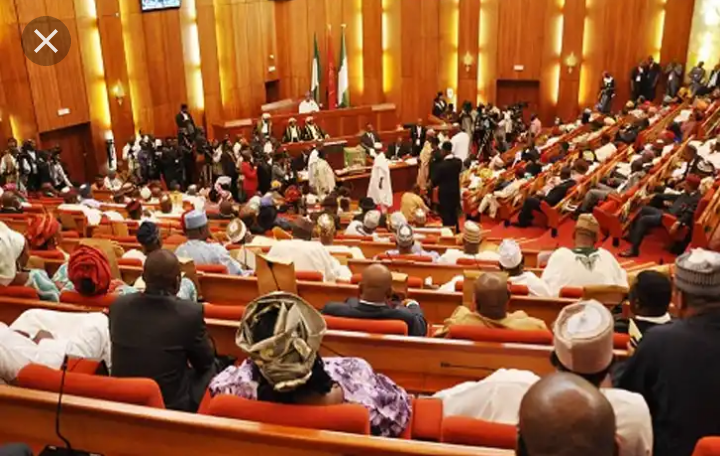 The Senate has dismissed reports that it has put on hold consideration of the Petroleum Industry Bill (PIB) because it would be attending to the 2021 budget.

The Senate said it never made such decision but has instead finalized preparation for the second reading passage of the Petroleum Industry Bill (PIB) in the next two weeks.

Chairman Senate Committee on Media and Publicity, Senator Ajibola Bashiru said this during an interactive session with journalists at the Senate on Thursday.

Bashiru said the national assembly will consider both bills side by side for the benefits of the country especially as it would create more revenue sources for funding the budget and boosting the economy.

“An issue was raised that the Senate said it is suspending consideration on Petroleum Industry Bill (PIB) till next year because of the budget. That is not true. The Senate is committed to the expeditious passage of the PIB because it is Central to the realization of revenue and putting our oil in the competitive international market.

“On the 20th of October, the Petroleum Industry Bill would enter second reading after which it would be sent to the relevant committees of the Senate, that is the committees on Upstream, downstream and gas sector.

“Of course as work is being done in the 2021 budget. Work will be done at the same time on the Petroleum Industry Bill. It is still a life issue and as part of our legislative agenda, just as we are committed to ensuring strict scrutinization of the legislative framework.” 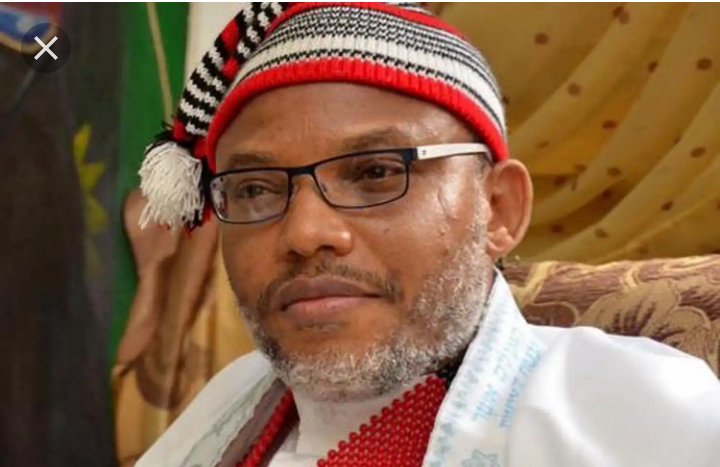 The Indigenous People of Biafra, IPOB, Thursday dared the federal government led by President Muhammadu Buhari, to stop them from launching Radio Biafra in Daura, home town of the President.

Their challenge came barely twenty-four hours the federal government approved N654 million for the deployment of hybrid spectrum monitoring system that would target illegal frequencies in the southern part of the country especially, the South East.

The Minister of Communications and Digital Economy, Dr Isa Pantami, yesterday briefed members of the Federal Executive Council, FEC, how his ministry uncovered 320 frequencies being used all over the country and of this 320, 106 were illegal.

Pantami said the monitoring did not cover South East. It covered five zones in the country: North East, North West, North Central, South West and South-South but South East has not been covered. 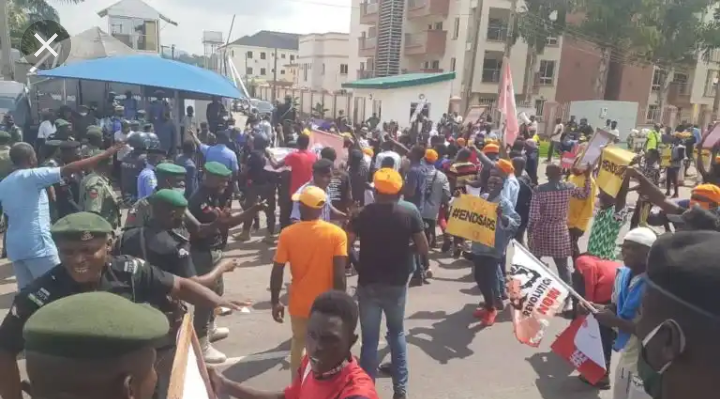 Members of the Revolution Now have clashed with the Nigerian policemen while trying to gain entrance into the Force Headquarters building in Abuja during their protest on #EndSARS.

The protest which was led by the co-convener, Omoyele Sowore, was to mount pressure on the Inspector General of Police, IGP, Mohammed Adamu, to dissolve the Special Anti- Robbery Squad, SARS, unit over assault, extortion, and robbery on citizens.

They tried gaining entrance into the Police Force Headquarters, demanding to speak to the IGP but access was not granted by the security barricading the premises.

After the disagreement, the Police spokesperson, Frank Mba, came out to address the protesters and appealed to them to shun violence as the IGP is working towards finding solutions to the demand to end SARS.

The protesters said if their request is not granted, they will keep up with the action until the Federal Government and IGP Adamu do the needful.

Recently, the Nigerian House of Representatives debated on a motion on #EndSARS over the fallen standard of the unit which has caused many Nigerians to lose trust in the security outfit. 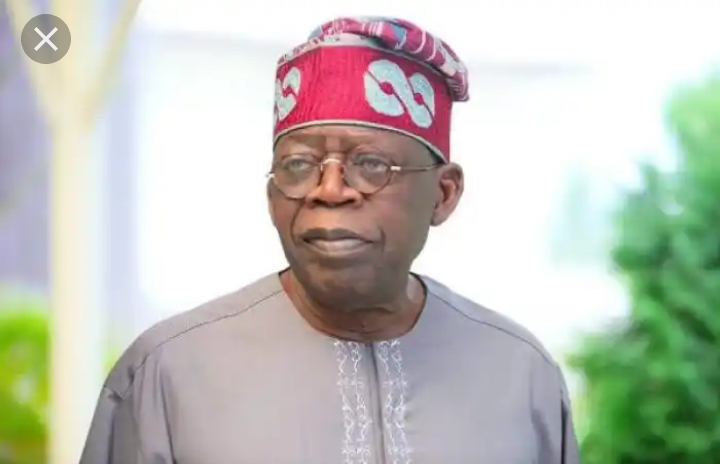 The National Leader of the All Progressive Congress, Bola Ahmed Tinubu has been summoned to appear before a Lagos State high court over Alpha Beta fraud.

According to the report monitored by Naija News on Observers Times, the APC chieftain was given 42 days grace to appear before the court as claimant Dapo Apara, ex CEO of Alpha Beta vows to pursue case up to Supreme Court.

Naija News recalls that the Economic and Financial Crimes Commission (EFCC) has said in 2018 that it was treating a petition written against Alpha Beta Consulting.

Mr. Dapo Apara, a former Managing Director and Chief Executive Officer of the company, had earlier urged the EFCC to investigate the firm for tax fraud to the tune of N100bn through his petition.

Alpha Beta which is understood to be a firm given exclusive rights to monitor and collect Internally Generated Revenue on behalf of the Lagos Government “has become an avenue for official corruption of government officials, a conduit pipe for the massive money-laundering scheme, tax evasion, among other vices,” Mr Apara noted in the petition.

Apara in the petition which was written by his lawyer, Adetunji Shoyoye, signed by Adetunji Adegboyega on behalf of the firm alleged that the there is a lot of corruption cases in the state, covered by powerful politicians.

Having confidence in the allegations against Alpha Beta, Adegboyega, in the petition noted that the firm has more pieces of evidence it can provide to the Nigeria anti-graft agency if the need arises. 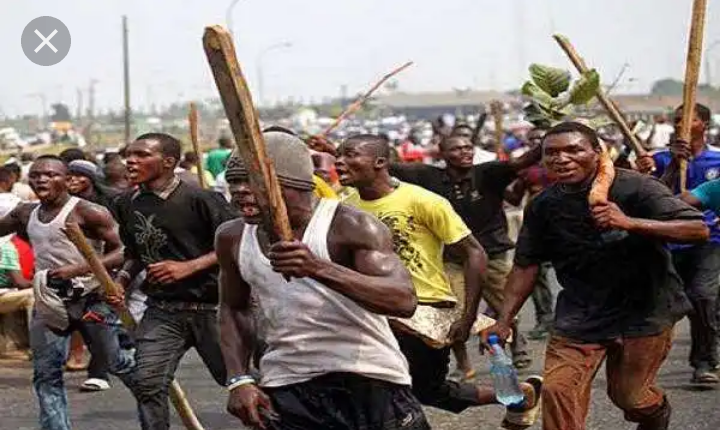 Igbo-Olomu in Ikorodu area of Lagos, Southwest Nigeria is boiling following brutal clash between Hausa and Yoruba dwellers in the area.

PM NEWS gathered that the clash started on Thursday morning and as is currently ongoing.

There was pandemonium in the area as traders, residents fled into their houses, with dangerous weapons being freely used.

It was gathered that the clash resulted as an Hausa okada rider rode a Yoruba passenger to the area.

The Yoruba man, it was learnt, refused to pay the fare which resulted in altercation, which further degenerated into ethnic clash.

An eyewitness in the area who said he fled into his house with his family, stated that Igbo-Olomu was now like a ghost town as residents fled into their houses to avoid being caught in the clash.

Residents have started calling their loved ones who went to work not to come home or to be careful as the clash was still on.

An unconfirmed source told PM NEWS that a man had been spotted dropped to the ground, but could not tell whether he was dead or not.

It was learnt that the Onyabo security outfit had joined in the battle.

The crisis reportedly began at Baale/Ola Imam area of Igbo-Olomu. The police have not arrived the scene as at the time of filing this report.

When contacted, the Police Public Relations Officer, PPRO, Lagos State Police Command, Muyiwa Adejobi said he could not hear what the reporter was saying as he was in a noisy environment, scene of the gas explosion at Baruwa area of Lagos.

But a top police source said policemen had been drafted to the area to maintain peace.

The too police chief added that the Commissioner of Police, Hakeem Odumosu had ordered the police to get the community leaders in the area in a bid to resolve crisis.